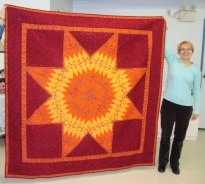 I began making this quilt for my daughter when she was in high school.  She wanted an orange quilt which was her favourite colour at the time.  I got frustrated with it and put it off to the side for quite some time.   Last year Nicole pulled it out and asked when I was going to finish it.  So that I did and she received it for Christmas.  It was the first gift she opened and she stated that she was so happy to have it and if that was all she got for Christmas this year that would be alright. 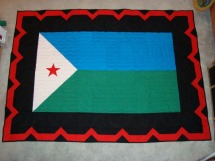 Now that Christmas has passed I can post this.  I made this for my son-and-law who is from Djbouti, Africa.  It is a representation of his country's flag.

"The colours (of the flag) can be seen to symbolise the earth (green), the sea and sky (blue) and peace (white), with the red star representing unity.  It was first hoisted on the day of the independence of Djibouti, June 27, 1977."

Christmas presents made from upcycled jeans. 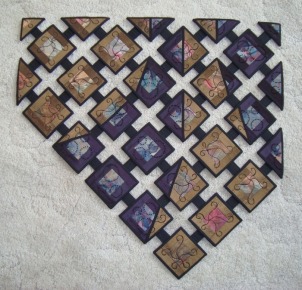 The photo just doesn't do it justice but I finally finished my art wall quilt.  The centre of each square is from two ties that I just loved.  And the rest shall we say is history.

The piece measures approximately 28" each way.  Each tiny quilt is 4" square. 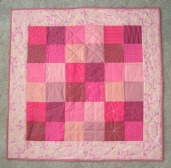 Made to teach a beginner quilting class. 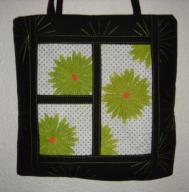 Trapped flowers and a little bit of beading. 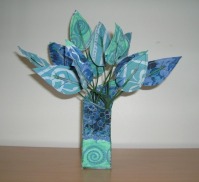 See my other leaves here. 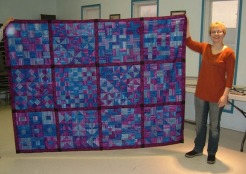 From Quilter's Newsletter Magazine - November 2005 - not finished.  This quilt, with the exception of the sashing is made with only one piece of fabric that has been cut up and strategically put back together. 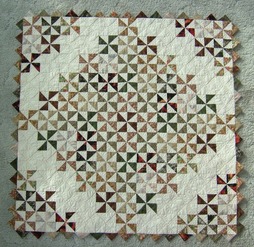 We have a challenge for our quilt show in Beausejour each year. In 2008 the participants each bought a metre of an earth tone fabric and cut it into 5" squares (nickels).  The nickels were then exchanged and this is what I made with mine. 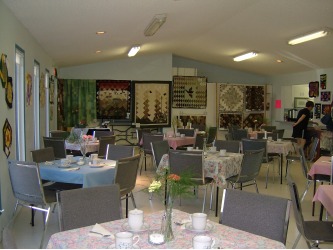 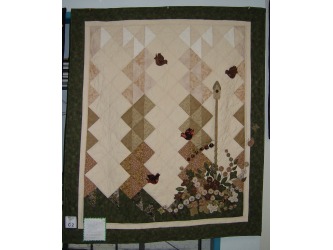 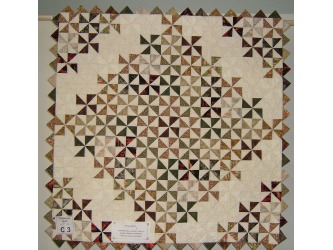 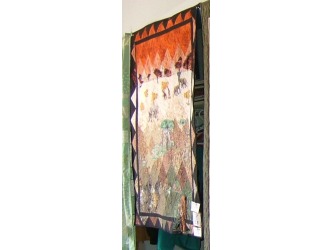 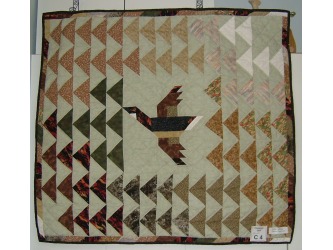 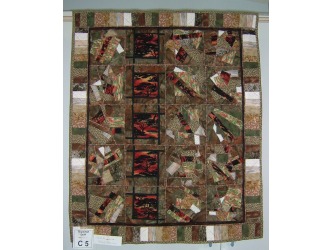 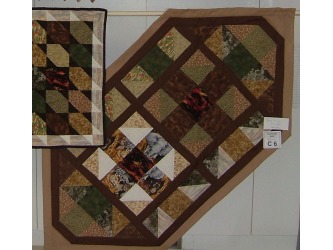 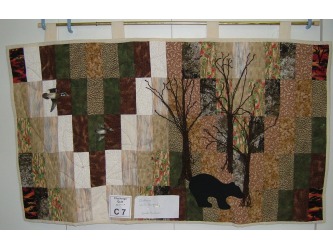 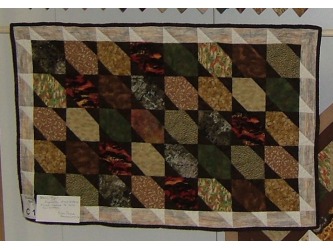 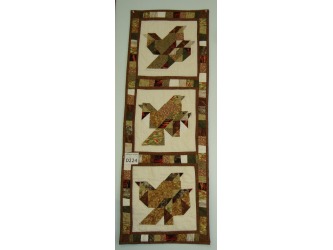